Business forum of south Serbia is a new investment development program of Central European Development Forum CEDEF that encourages investment in central and southern Serbia. This new and unique platform for co-operation started in "YEAR OF ENTREPRENEURSHIP" and it has a tendency to become traditional. The first meeting was held 23-24. June 2016 in Nis. Meeting was realized in cooperation with the City of Nis, Club of Entrepreneurs of the City of Nis, the general partner of Telekom Serbia, and with the support of Dunav Osiguranje.
There were about 200 representatives of embassies, financial institutions, universities and companies.
Business forum of south Serbia was officially opened on June 23, in the City Hall of the City of Nis, by prof. dr Zoran Perišić, Mayor of Nis, and prof. dr Ana Bovan, President of CEDEF, and the Dean of the Faculty of Management, Metropolitan University. 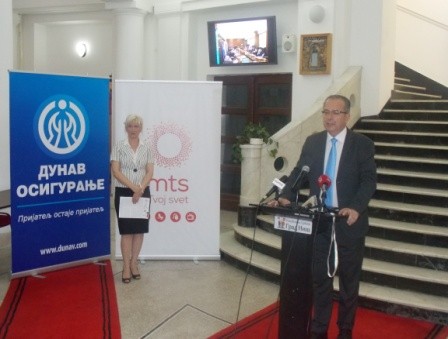 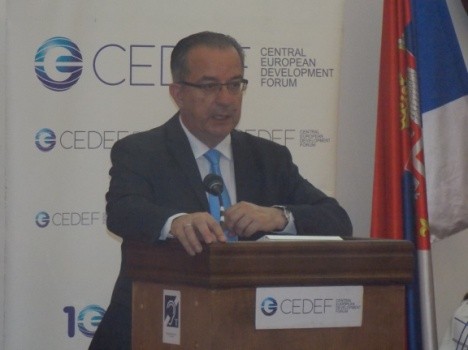 Business forum of south Serbia was attended by representatives and the commercial attachés of Austrian, Belgian, Slovakian and Bulgarian Embassies, Director of the European Bank for Reconstruction and Development (EBRD), Daniel Berg, director functions for enterprise customers Telekom Serbia, Branko Stefanovic, director of the Club of Entrepreneurs of Nis, Dragan Milosevic, UNDP representative, Zarko Petrovic responsible for cooperation with municipalities, Aleksandar Kemives a representative of the Serbian Chamber of Commerce, representatives of many local governments, many companies such as "Constantine the Great Airport," Yumis, Tasic & Partners, Niš Express, TRACE, and many others.

"We'll get two or three new investors in the coming months, which means the opening of new working places," - promised Mayor of Nis, Zoran Perisic, at the official opening of "Business Forum of South Serbia", adding that he is proud that the Nis hosts this type of event, with the conclusion that everyone should get a second chance, and that the city of Nis and south Serbia will prove they deserve it.

Tourism, agriculture, energy, water, are the areas where south Serbia should look for chances for development- is the attitude of the participants of the Business Forum of the South Serbia. It is also pointed out that Telekom Serbia, as a leader in the field of telecommunications in the region,for each potential investor and the company, whether local or foreign, can provide good business solutions and the highest quality telecommunications infrastructure, which is a necessary condition for good business. 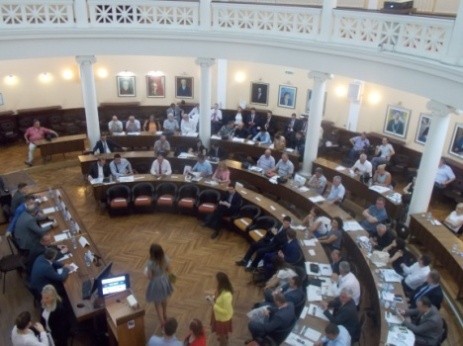 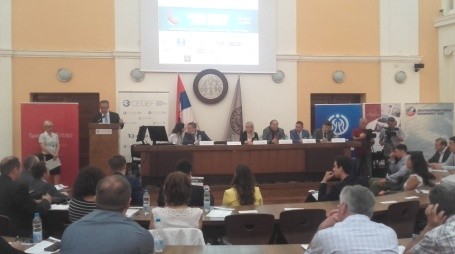 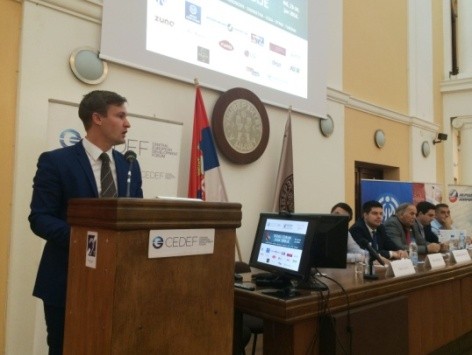 On the B2B meetings were negotiated concrete business arrangements, discussed the opportunities for new investments. B2B meetings provided an opportunity for building partnerships contributed to the business development and networking. At one point, the Forum participants had the opportunity to make a fast, professional and organized way to establish new contacts and exchange information through direct interviews. About the prospects for the development and competitiveness of the region to international markets and the financing of local government representatives from municipalities in southern Serbia talked with businessmen, economists, representatives of the European Bank for Reconstruction and Development, the commercial attaches of various embassies during direct meetings. Local governments, partner companies and selected companies operating in Central and Southern Serbia, organizations and public enterprises had the opportunity to present their projects to potential investors, financiers, financial and development institutions and organizations. 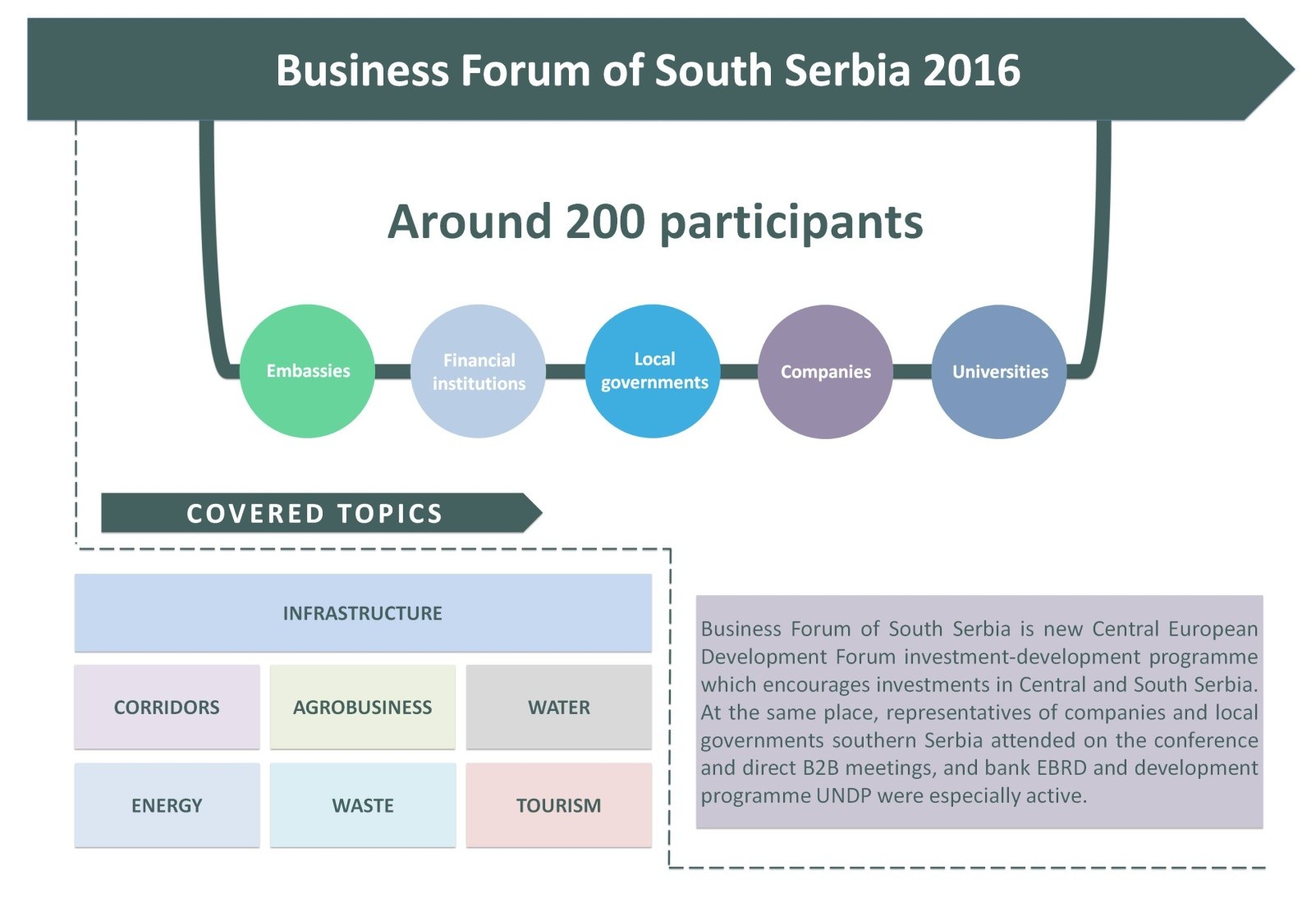 As part of the social program and networking participants there was organized a visit to the Malca winery cellar: 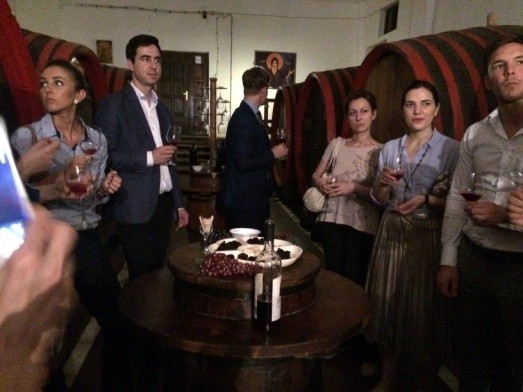 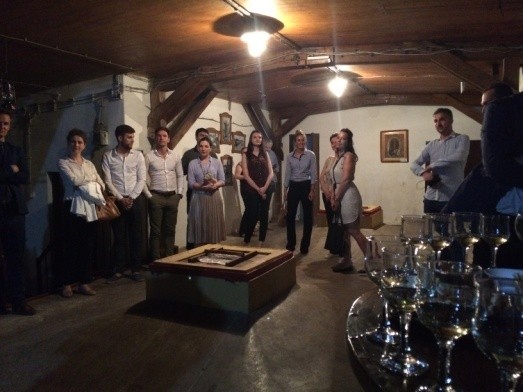 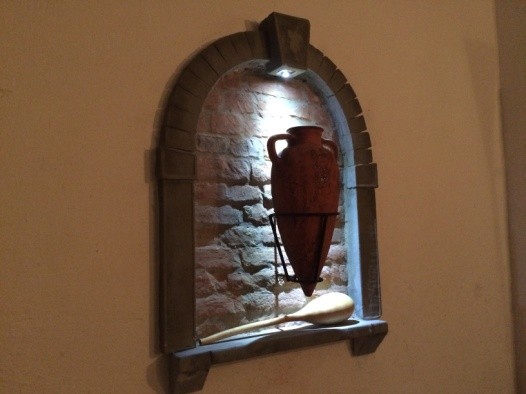 Numerous media are escorted Business forum of southern Serbia, some of them are:

Photo gallery can be seen here.

Presentations of speakers can be downloaded from here.