Organized by the City of Belgrade, Belgrade Chamber of Commerce and the Central European Development Forum - CEDEF, held the second investment conference "Belgrade Investment Days" with over 600 participants and potential investors from more than 20 countries. The main intention is to show the economic environment and what are the macroeconomic parameters improved in Serbia and how they contribute to attracting domestic and foreign investors.

Belgrade is a true investment Gate of Serbia, said the mayor Sinisa Mali and invited all interested parties to come and invest in Belgrade and Serbia. Opening the Forum "Belgrade Investment Days", Mali said that this event is being held in an exciting time in the development of the capital which, he says, has not been seen in the past three decades.

Belgrade is a true investment Gate of Serbia, said the mayor Sinisa Mali and invited all interested parties to come and invest in Belgrade and Serbia. Opening the Forum "Belgrade Investment Days", Mali said that this event is being held in an exciting time in the development of the capital which, he says, has not been seen in the past three decades. 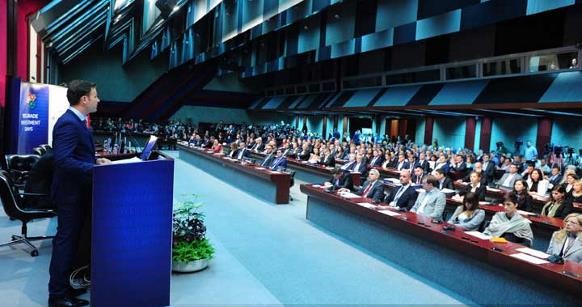 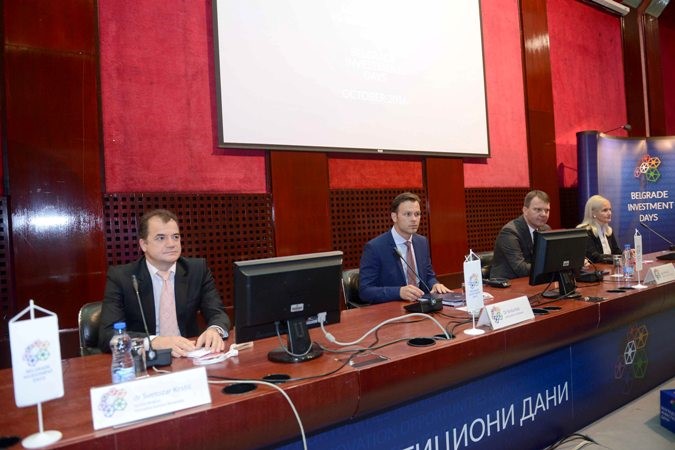 "Thanks to the support given to us by the Government of Serbia, led by Prime Minister Aleksandar Vucic, which has provided us political stability and the success with which we cooperate on large projects, we can guarantee the security of investments," said Mali.

Mali said that Belgrade and Serbia have significant competitive advantages over the countries in the region, stressing that Belgrade is now the city with the most promising international airport in the region, which is home to the fastest growing airline in the region, "Air Serbia", in which the European cross corridors with Chinese silk road.

Also, he said that Belgrade and Serbia offer expedited licensing procedures and the system of serious financial and non-financial incentives.

From Serbia, thanks to a wide network of free trade agreements on the protection and encouragement of investment, is provided access to a market of over 3.5 billion people in seven of the 10 largest economies in the world, underlined Mali.

"Because of all this, there is no more attractive destination for investors from this, which is why we called you and we are pleased that you have responded in such a number," said Mali.

He pointed out that the projects this year are various, from transport infrastructure projects, such as reconstruction of old Sava bridge, construction of a wastewater treatment plant „Veliko Selo”, to attractive projects, public-private partnership in the field of public lighting and underground garage and the development of attractive sites like „Depo” or the second phase of „Prokop” station.

He said in Belgrade was never more work, citing as an example Meita factory, which is being built in Obrenovac.

„This is the first factory to be built after 2006, and thanks to cooperation with the Government, City of Belgrade and municipality of Obrenovac, the investor has decided to double the capacity. We will have a few months to open the first part of the factory, then a second, which will employ 1,400 people. This is an example of how we behave today " , said Mali.

The mayor pointed out that in Belgrade for the first time the number of unemployed decreased to less than 100.000, thanks to the measures of active employment.

„It is obvious that Belgrade has never been more constructed, hoists and cranes can be seen everywhere, from Slavija to Kalemegdan," Mali said, specifying that in Belgrade there are more than 500 active construction sites.

„By further coordination with the Republic, with the institutional reforms we are carrying out at the city level, I am confident that we can create more jobs and contribute to the economic progress of Serbia'', underlined Mali.

He said that for the last three years, City administration returned hundreds of million of arrears of the previous city authorities and the deficit was reduced almost four times, while almost all public enterprises are profitable, and the city has got a credit rating of B1 with a positive outlook. All this, he added, confirming Belgrade 's reputation in the international business community and the confidence that investors have in our policy of fiscal consolidation.

Stating that Belgrade generates 40 percent of republic GDP, Mali said that Belgrade offers help and assistance to all local governments in Serbia. This aid, he added, may be a fine, the municipal public services such as the public transport system or water supply system, and may be technical, in view of preparing the project and support the creation of appropriate institutional structures.